From Andrea Barrett's short story, "Servants of the Map":

He does not write to his wife about the body found on a mountain that is numbered but still to be named: not about the bones, the shreds of tent, the fragile, browning skull.

They wore each other like a pair of socks.

Posted by WRITER ACE BAKER at 11:00 No comments:

The first thing she finds is a hand. Posted by WRITER ACE BAKER at 10:53 No comments:

Okay, I mentioned yesterday that two goals for your beginning are to get attention and create pathos. One way to do that is a technique I call "Bambi Meets Godzilla." Watch the video first, then read below it:

The technique is simple enough--create a pleasant mood, and then SQUASH IT! Look how Dudley Clendinen accomplishes it in the beginning of "The Good Short Life":

I have wonderful friends. In this last year, one took me to Istanbul. One gave me a box of handcrafted chocolates. Fifteen of them held two rousing, pre-posthumous wakes for me. Several wrote large checks. Two sent me a boxed set of all the Bach sacred cantatas. And one, from Texas, put a hand on my thinning shoulder, and appeared to study the ground where we were standing. He had flown in to see me.

"We need to go buy a pistol, don't we?" he asked quietly. He meant to shoot myself with.

I loved him for that.

See what I mean? Slow and peaceful, then hit 'em hard! Give it a try for your next opening and let me know the result...
Posted by WRITER ACE BAKER at 15:00 No comments:

So often, when studying short fiction, we've been taught that "ski slope" diagram by English teachers--you know, the one that begins with "character" and "setting" at the beginning, peaks with "climax," and ends with "resolution." Trouble is, we haven't always been taught how to WRITE an effective opening, middle, or ending. Today, let's focus on BEGINNINGS...

In my mind, an effective opening accomplishes two tasks: 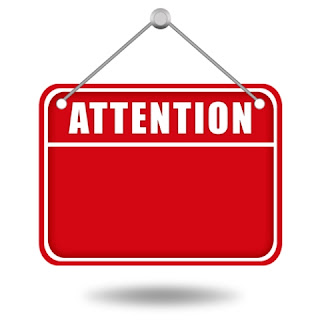 Getting attention is critical. If you don't attract the eye of the reader, the page is flipped quickly to someone who DOES accomplish that.

Pathos is the feeling the reader has for a character. It's important that the writer makes the reader care about the character BEFORE the conflict. Otherwise, if readers don't sympathize with the character, they won't care what happens to that character. Let's look at a few examples:

Opening paragraph from "YOU OWE ME," by Miah Arnold:

The children I write with die, no matter how much I love them, no matter how creative they are, no matter how many poems they have written or how much they want to live. They die of diseases with unpronouncable names, of rhabdomyosarcoma or pilocytic astrocytoma, of cancers rarely heard of in the world at large, of cancers that are often cured once, but then turn up again somewhere else: in their lungs, their stomachs, their sinuses, their bones, their brains. While undergoing their own treatments, my students watch one friend after another lose legs, cough up blood, and enter a hospital room they never come out of again.

I am my own housewife, my own breadwinner. I make lunches and change light bulbs. I kiss bruises and kill copperheads from the backyard creek with a steel hoe. I change sheets and the oil in my car. I can make a pie crust and exterminate humpback crickets in the crawlspace with a homemade glue board, though not at the same time. I like to compliment myself on these things, because there's no one else around to do it.

The two stories above get our attention and make us care about the main character. The first, a nonfiction personal essay, begins with children who have terminal cases of cancer AND the writer whose job it is to work with them, seeing child after child die. We end up caring about the children AND the writer. The second, a short story, has a very strong character we admire--one who seems to be able to do almost anything on her own--but we care because of a few of the words that opening ends with: "there's no one else around." We WANT this person to find someone to love (cue the Queen music now:"Find me somebody to love...").

Want to create an effective opening? Get ATTENTION and create PATHOS. Put them together and what do you get? Get PATTENTION!

Posted by WRITER ACE BAKER at 06:18 No comments:

Yes, it's time to talk about that GOAL-SETTING monster, but...

Here's what I've learned about setting goals over the years:


You need to have the goals where you will see them regularly. For me, this is the inside cover of my journal. I have that good habit established, writing daily, by hand, with pen and paper, no matter the day or circumstance. That means I see that journal daily and I'll see my goals daily. Last year, I set 23 writing goals, and reached 14 of them. But what's even more important to me than having the goals there where I can see them, is this:

REVIEWING what I've accomplished during the year so far. It's easy to forget what you're doing well after you've read your latest rejection letter, especially if it's one of those form letter rejections. When you see goals that you HAVE attained, it's a bit of a buffer--it adds some tough hide to that rhinoceros skin you need to develop as an author who sends work out to others.

I also think that, contrary to the current teaching of setting a few goals and focusing on those, I believe in setting many goals--some that I believe are attainable with hard work (writing so many poems, short stories, or novels within a year, for example); some that are somewhat outside of my control and depend on others as well (winning a major writing contest or landing a book contract); and some that are dreamlike (winning the Writer's Digest contest, the overall prize that includes $3000 and a trip to NY along with a fully-paid for conference and private meetings with agents and editors!). Last year, I met all of my production goals, and won two major contests, including one I'd never even been shortlisted in before. I also had a "dream" goal come true--hearing established, best-selling writers gush about a story of mine in front of 800 other writers at a conference (in my dream, there was more champagne involved, but still...!). It's a moment I won't soon forget, and Jack Whyte and Diana Gabaldon's comments will stay with me in those dark times when others say, "It's not right for us at this time."

For 2013, I aim to write 1 new novel, 6 new short stories, 20 poems, publish work in at least three major Canadian literary journals, land a book contract, do better in 2013 than I did in 2012, along with 21 OTHER writing goals which include an important one...

...to update this blog DAILY with writer ideas useful to others who may find there way here! Here's to a successful 2013--I hope you meet your writing goals too!

Posted by WRITER ACE BAKER at 11:39 No comments:

Two more grade 12 writers were sent a lovely e-mail about their works informing them that, while they did not land in the prize money, their stories were shortlisted. The writers? SELIN JESSA  (in English 12) and GRACE CHEN (in Writing 12). Congratulations, writers!
Posted by WRITER ACE BAKER at 21:26 No comments: